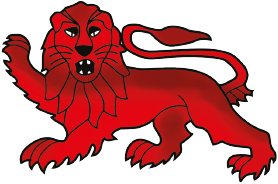 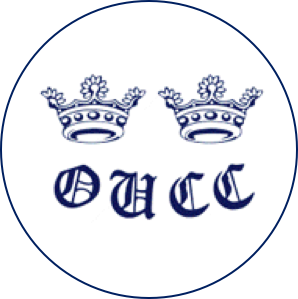 Aaran Amin masterminded a thrilling chase at the home of cricket as Cambridge avenged last week’s defeat in the T20 to take home the one-day Varsity spoils at Lord’s.

Chasing a Duckworth-Lewis adjusted total of 215 off 29 overs in a rain-affected clash, regular wickets looked to have stalled The Light Blues as the required rate quickly shot up to over ten an over. A special knock was required, and up stepped Amin, powering his way to an unbeaten 93 off 50 balls to steer his side to victory and take home the player of the match gong.

Earlier in the day, all the momentum was with Oxford after a wet first innings, as an unbeaten century from George Hargrave saw The Dark Blues reach a commanding total of 229-4.

Multiple rain delays caused plenty of frustration early on at Lord’s, as Oxford sat at 87-3 during a  three hour delay.

During the limited action that did take place, extras, wides in particular, proved to be an issue in the early exchanges as the Oxford opening pair of Hargrave and Jake Duxbury went comfortably at five an over without having to take many risks.

Cambridge’s opening scalp came from Mudara Senanayake on the occasion of his first Blue. His effort from the Nursery End drew a false stroke from Duxbury who, after sending a thick outside edge behind, was sent on his way by a good diving catch from wicketkeeper Ed Hyde.

Tom Corner, a former Cambridge student himself, came to the crease now wearing Oxford colours. With two left handers at the crease, off-spinner Amin was given the ball from the Nursery End. It proved to be a profitable change as Corner missed a sweep and was given out LBW.

Omar Mohamed came and looked positive with some powerful strokes down the ground, but didn’t last long as he picked out Alex Moen at extra cover to give Amin his second.

Fresh off his match-winning 64 not out in the T20 Varsity, Tom Gnodde started well by flicking his first delivery through backward square for an early boundary. Any momentum coming his was quickly stalled by the rain, as that was the last ball bowled before the endless series of delays.

Finally, after nearly three hours, play restarted as Amin completed his over. That was to be the last over of spin bowled by Cambridge as skipper Nick Taylor opted for seam up with the wet ball.

Recent Varsity history would say that Hargrave and Gnodde would always be Oxford’s danger partnership, and so it proved as both looked to up the ante now that the game had been reduced to 29 overs.

Gnodde was the initial aggressor, though more than one miscue landed agonisingly close to a fielder early in his innings. He became more authoritative as time went on, flicking one off his pads into the stand over square leg before swatting the next delivery down the ground.

Hargrave reached his 50 in the 21st over and proceeded to press the accelerator after the milestone.

He started to look threatening with a pair of sixes off Moen to the short mid wicket boundary. Further strokes towards the sight screen and through point brought yet more boundaries, but the undoubted highlight of the innings was a massive six hit over mid wicket on the long side of the ground.

Hargrave kept going despite the loss of Gnodde who skied a Moen slower ball into the covers. It was a good, over-the-shoulder catch from Taylor – a wicket that Cambridge badly needed.

The century for Hargrave came up in the in the 28th over via a pull through square leg as Oxford ended up on a commanding 229-4.

Cambridge would be chasing a Duckworth-Lewis adjusted target of 215, but did not get off to the best of starts as Chris Searle bowled Harry Houillon with a beauty in the first over.

Moen and Taylor regrouped over the next few overs as the former got into his rhythm, punishing a pair of full-tosses through mid wicket. He also sent the spinner Freddie Foster over the leg side as the pair put on 76 for the second wicket, with Taylor pulling to fine leg and punching through the covers to add to the boundary count.

Just as the partnership looked set to lay a winning platform, Moen departed after nicking a wide one from Owen Alsop – Duxbury taking the catch to send the Magdalene man back to the sheds for a positive 34 off 26 balls.

Momentum is a strange thing in that it can be so difficult to get, but once you do it can turn a game on its head oh so quickly. Initially, it seemed like every time Cambridge looked set to take the upper hand, a wicket fell.

Hyde departed one ball after depositing Foster over mid wicket – albeit via an excellent diving catch from Ben Fisher at point. Taylor also headed back to the pavilion immediately after a boundary, skying an Alsop slower ball into the off side. Jovan Dhariwal looked to get going when powering a free-hit through mid wicket, only to be stumped soon after.

Owen Marshall bowled the 22nd over from the Nursery end with Cambridge staring down the barrel with the required rate now at over ten an over. By the time he had bowled six balls of off spin, Amin had turned the game on its head by smashing 23 runs. Three sixes over the off side with a boundary along the deck thrown in for good measure, and all of a sudden Cambridge were in the driving seat.

Amin was now set, and continued to dominate. Further sixes came over mid on, square leg and point as the Lord’s crowd – the first to be present at St. John’s Wood in 20 months – delighted in throwing the ball back from the stand. Amin ended up hitting an incredible eight maximums, making up 48 runs of his final total of 93.

At the other end, Sam Turner was unlucky not to clear extra cover with a powerful stroke, picking out Searle, the tallest man on the park. In came Senanayake to partner Amin in the final stages.

Nine runs were needed off the final over. Amin made it look easy with a couple of twos and one more boundary over the off side. Cambridge had done it and done it in style, ending a near ten year barren run at Lord’s against their Dark Blue rivals.